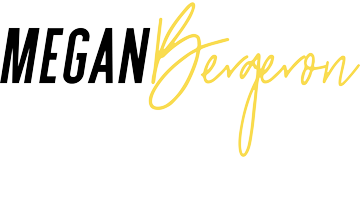 How Happy Are You Really? 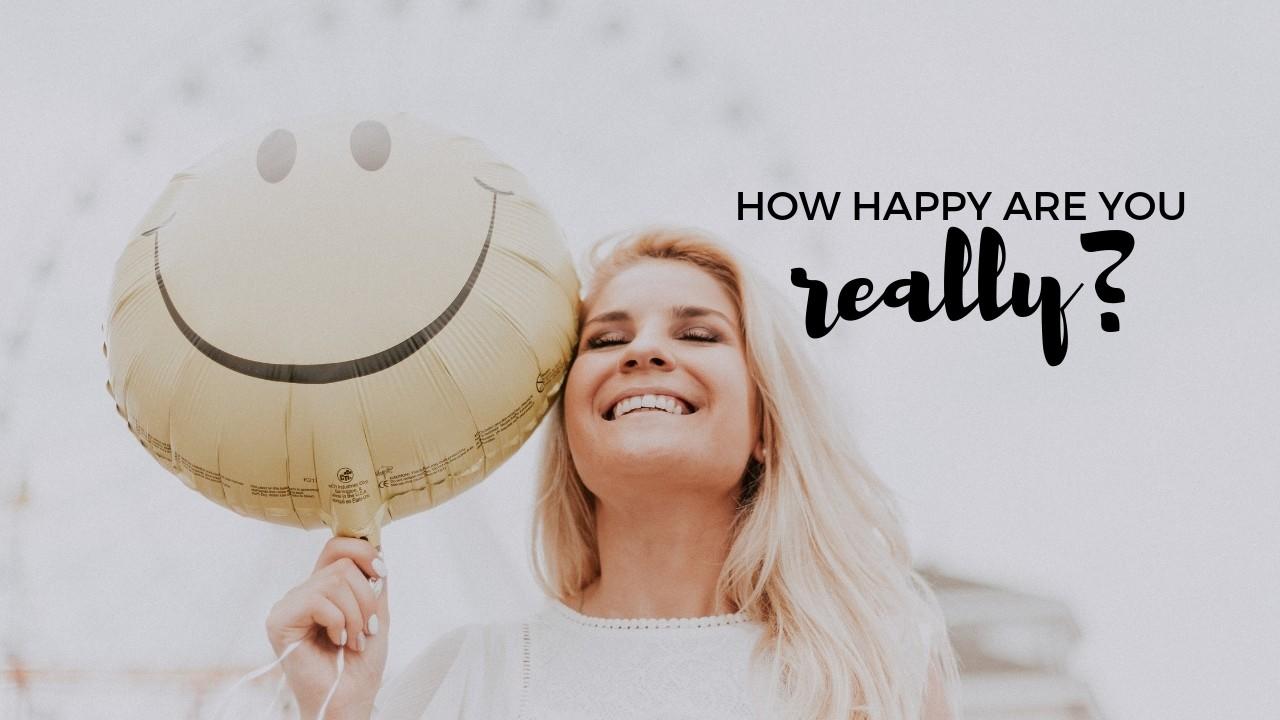 Today I want to challenge you to take a real look at how happy you are right now.

It’s easy to end up living our days like we’re just going through the motions, right? But most people don’t make it a habit of taking a step back and evaluating how happy they are in their lives.

Unfortunately, most people are not very happy in their lives. Especially people in their 30s and 40s. Studies have actually shown that there’s a happiness curve in life and that it’s shaped like a U, meaning happiness is high in childhood, then starts going down in our 20s, is at the bottom in our 30s and 40s, and starts climbing again in our 50s.

That’s kind of a crazy and scary thought, isn’t it? That most people are generally unhappy and that’s just become the norm? Of course, this is a generalization and not every single person follows that same curve and is unhappy during those years, but most are.

And that happiness curve makes sense when you think...

Get MORE done in LESS time 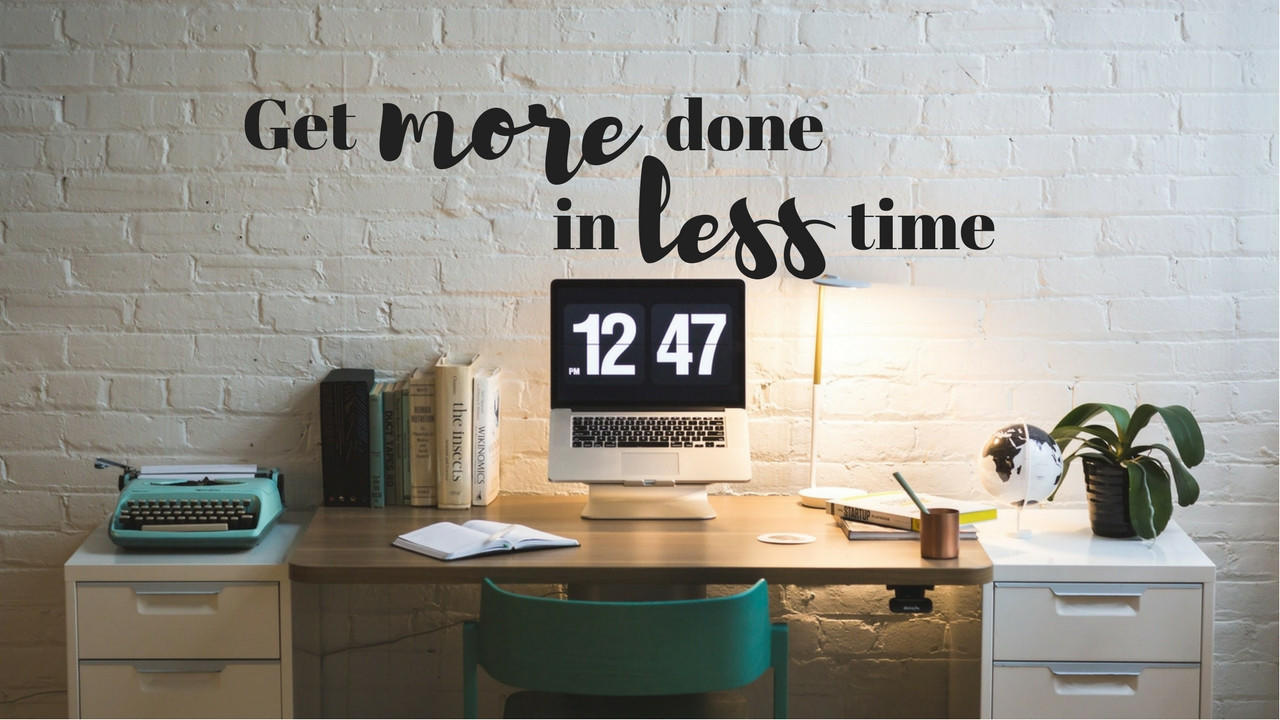 I tend to keep myself pretty busy. I’m interested in tons of things and I really like to take on new projects. I used to get stressed by everything I had to do, and sometimes it felt overwhelming. My HUGE list of to-dos and projects in progress made me feel discouraged and sometimes it was hard to see real progress on anything I was doing.

The number of things I had to do almost made me want to stick my head in the sand and jump into every distraction that came along! But that’s not practical, and it doesn’t lead to any results. In fact, it makes everything take even longer than it should take!

We all want to get things done, and we all wish we could get more done in less time too. This is why I absolutely LOVE learning new ways to get more focused and productive.

The Pomodoro Technique is one of my favorite productivity tricks because it’s so easy to use, it helps you to stay focused, and makes you take a lot of breaks. What’s not to like about that?...

What Does Success Mean to You? 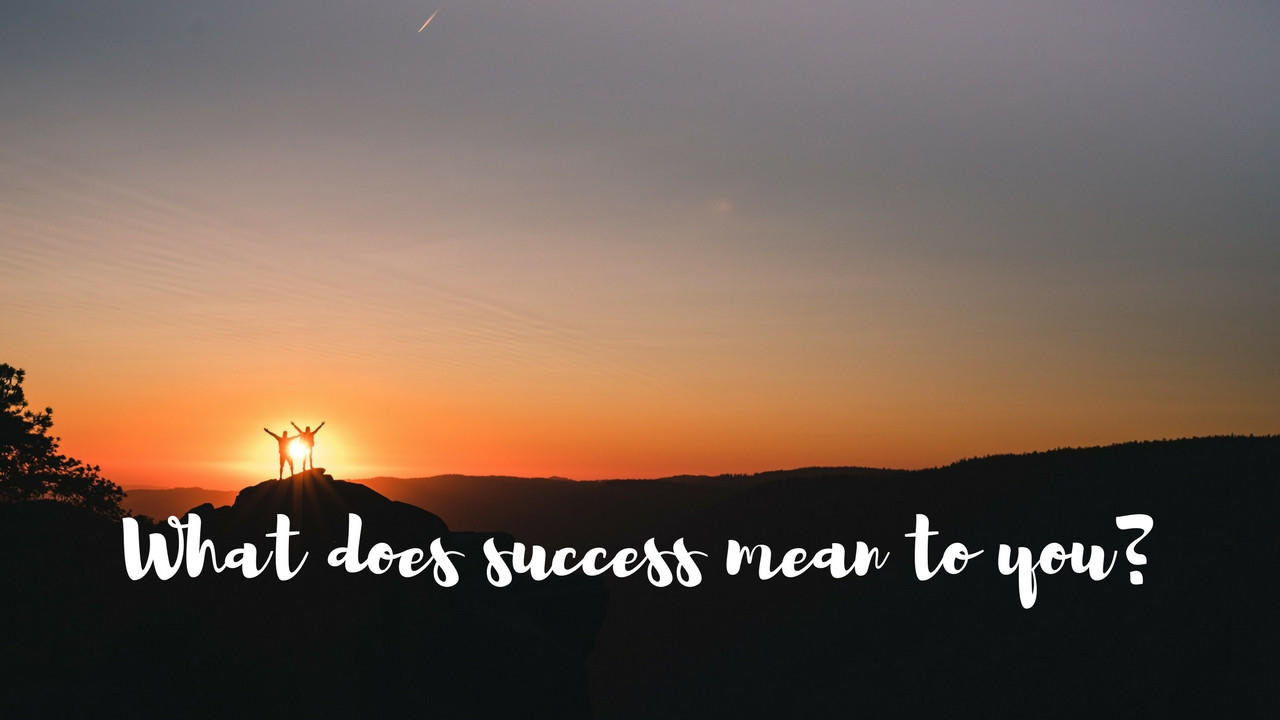 Success is a broad topic and there is so much information out there about it. If you landed here today, it’s probably because you’re interested in the subject, or you want to figure out how to create more success for yourself. Just that is amazing, and I want to congratulate you for taking steps to seek out more success in your life because not everyone does that proactively!

But before you start figuring out exactly how you’re going to create more success in your life, I want to take a bit of a step back. There are tons of resources out there and different ways and recipes for how to create success in your life. But if you don’t know what success really means for YOU specifically, you might be heading in the wrong direction. It’s really important to define exactly what success means for you. And, it’s different for everyone! Success for me looks different than what success looks like for you, and it’s all based on the things that...

Why my burnout was a good thing 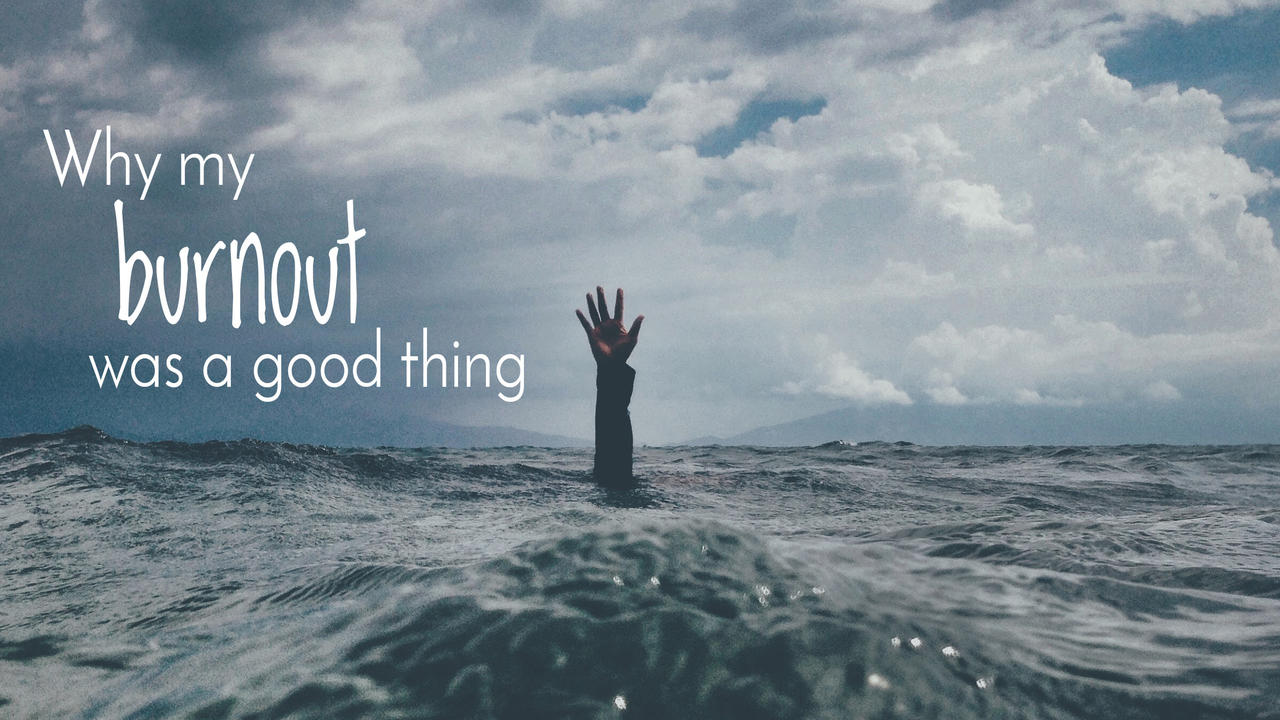 I had a burnout. There, I said it. I don’t like to admit that because I’m an overachiever and I hate to appear weak, which is what led to the burnout in the first place!

I was working a great job, managing operations for a national company, but I ignored the fact that I was working way too many hours, taking on an exceedingly heavy workload, and putting way too much pressure on myself.

At the time, I would have argued that it wasn’t my fault, those were just the demands of the job and I needed to keep up or get out. I felt trapped because the last thing I wanted was to be someone who “just couldn’t cut it”. I was determined to outwork and outperform everyone, and hold it all together at the same time.

Eventually I reached a point where I felt paralyzed and could hardly drag myself out of bed in the morning. I felt exhausted, depressed, cynical, and hopeless. It was terrifying because I’d never experienced anything like it before, I had...

How to get out of your head 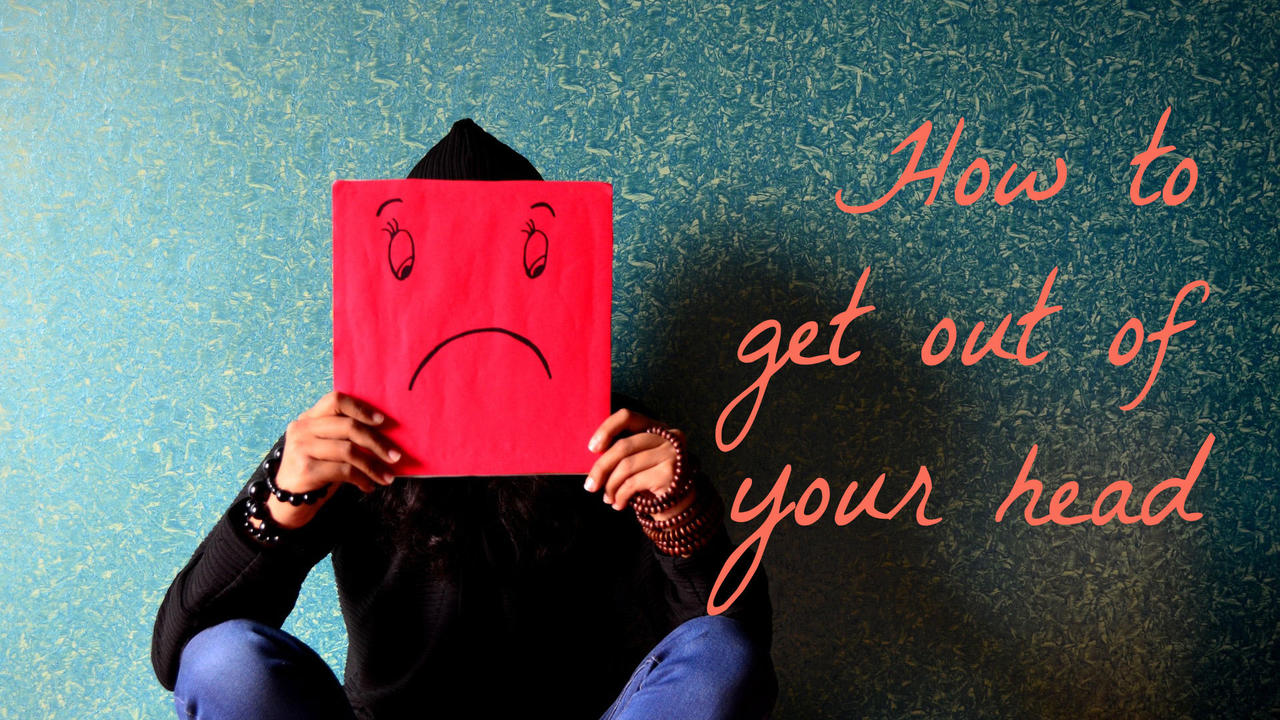 Do you ever get stuck in your head? Over-analyzing every move and wading through the weeds of fear and negativity in your own mind?

Let's be real - we're all human. Sometimes we fall into a negative spiral, not quite sure how to make our way out. The most positive and productive people sometimes fall into this trap, and can end up feeling worried, lost, and confused - even if we think they've got it all together from the outside looking in.

I used to be in this state almost constantly. Looking back at that time in my life, I don't know how I did it! That's no way to live, and I'm very grateful that I now live my life mainly from my heart rather than my head.

I still have my moments though...it happened to me recently, I went from feeling confident and capable to feeling scared, insecure, and unsure of what my next move should be. I hate that feeling, and after I snapped out of it, I started thinking about what tricks we can use to get ourselves out of negative head spaces when they...

How to make tough decisions 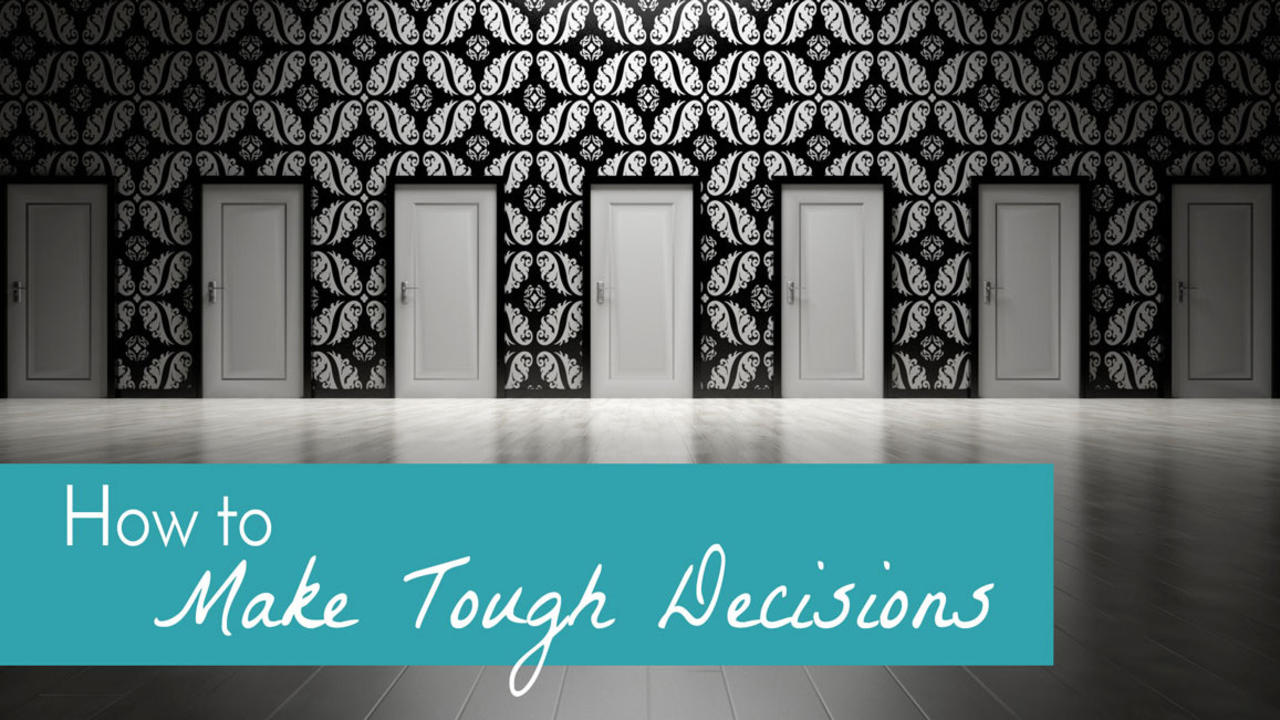 Have you ever struggled with making tough decisions? Have you you experienced being so worried about doing the wrong thing that you ended up putting it off and not doing anything at all?

This is something that I used to struggle with quite a bit, and I know that a lot of other people do too. I used to agonize over tough decisions and get caught in the "analysis paralysis" trap. Sometimes I would over-think it to the point where I would avoid the decision altogether!

Over the years, I've gotten a lot better at handling tough decisions. I've researched different approaches to making good decisions, and I've also looked back at ones I've made in the past - comparing the good ones to the not-so-great ones - and looking at how they were different.

Making decisions is a lot easier now because I've found some great ways to cut through the chatter in my own mind, and make decisions without all the doubt and uncertainty. Here's how you can do it: 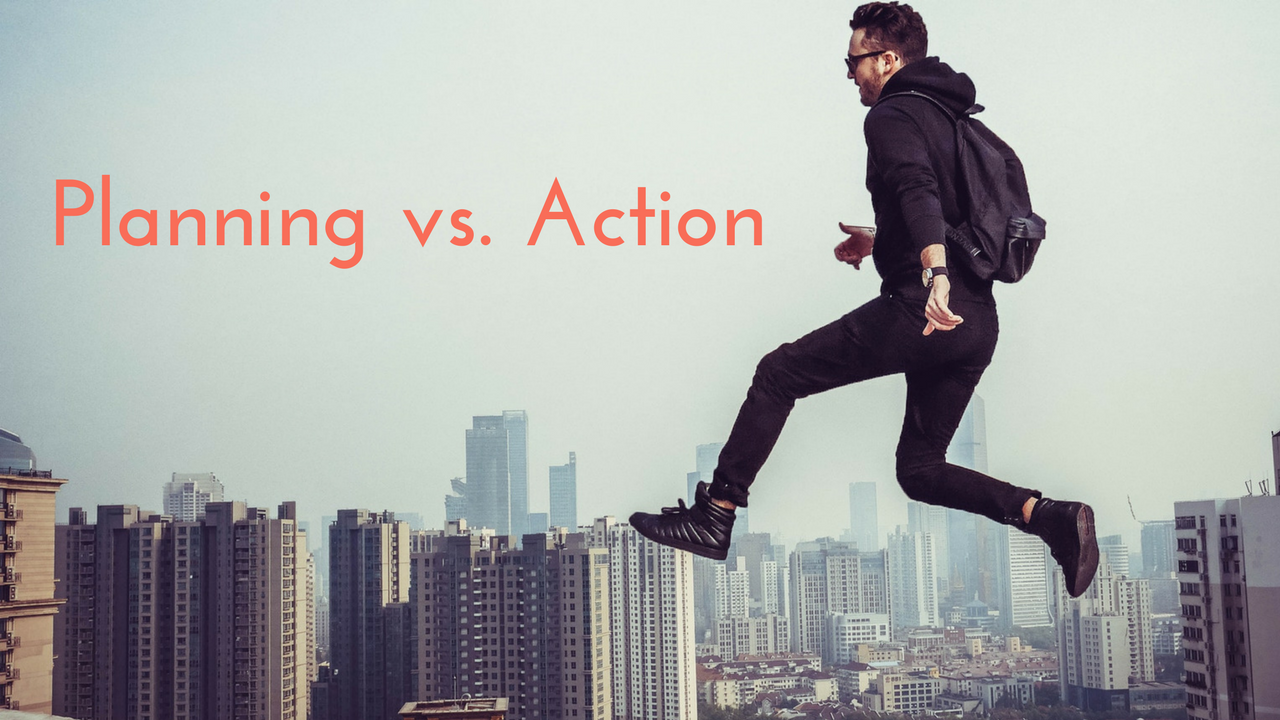 The planning vs. action debate keeps popping up in business.

I'm usually pretty neutral in a debate because I love to look at things from both sides. In this debate, I really do see the benefits of planning (ahem - that's what I do, I help entrepreneurs strategically plan to reach their goals!), but nobody reaches their goals without action! The two go hand in hand, and a combination of planning and action is usually the best approach.

Obviously, endless planning without taking action is pointless, but taking blind action without planning means you have no idea where you're going. It's vital to strike a balance between the two in order to get the best results.

Why I need good habits 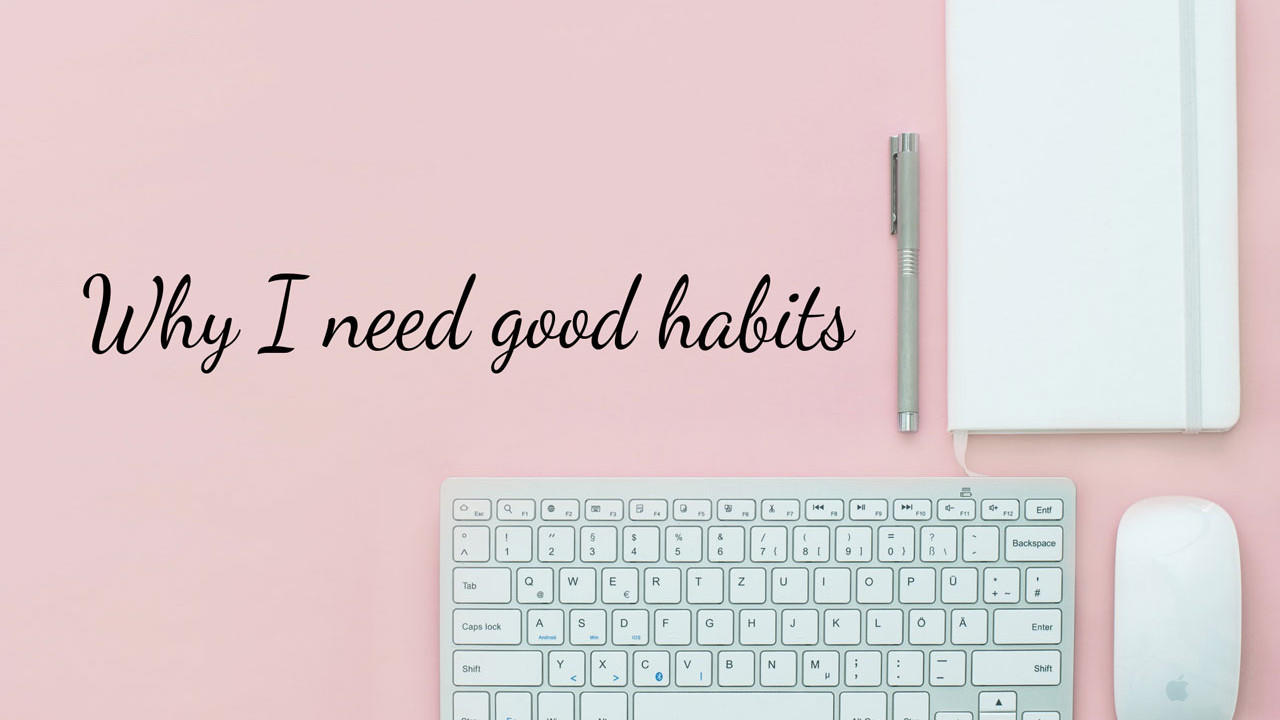 Last week I was in a creative rut. It was almost as if I had so many different sources of inspiration that I was overwhelmed with the choices and needed some time to sort through it all and find some clarity. I felt the need to figure everything out YESTERDAY and as a result, I felt completely creatively blocked. It wasn't my most productive week to say the least, but I still had high expectations of what I wanted to accomplish.

This week, I'm determined to get a fresh start and put this low behind me. I started thinking: What did I do differently last week anyway? I had been on a good productive streak for the last little while, what made last week different?

For one, I had decided that since it was the last week of the kids' summer vacation, I should relax and not worry about getting up early. So, I slept in...every day. I can't believe the impact it had on my week! Before last week, I had adopted the great habit of getting up early every morning. I love the early hours, before... 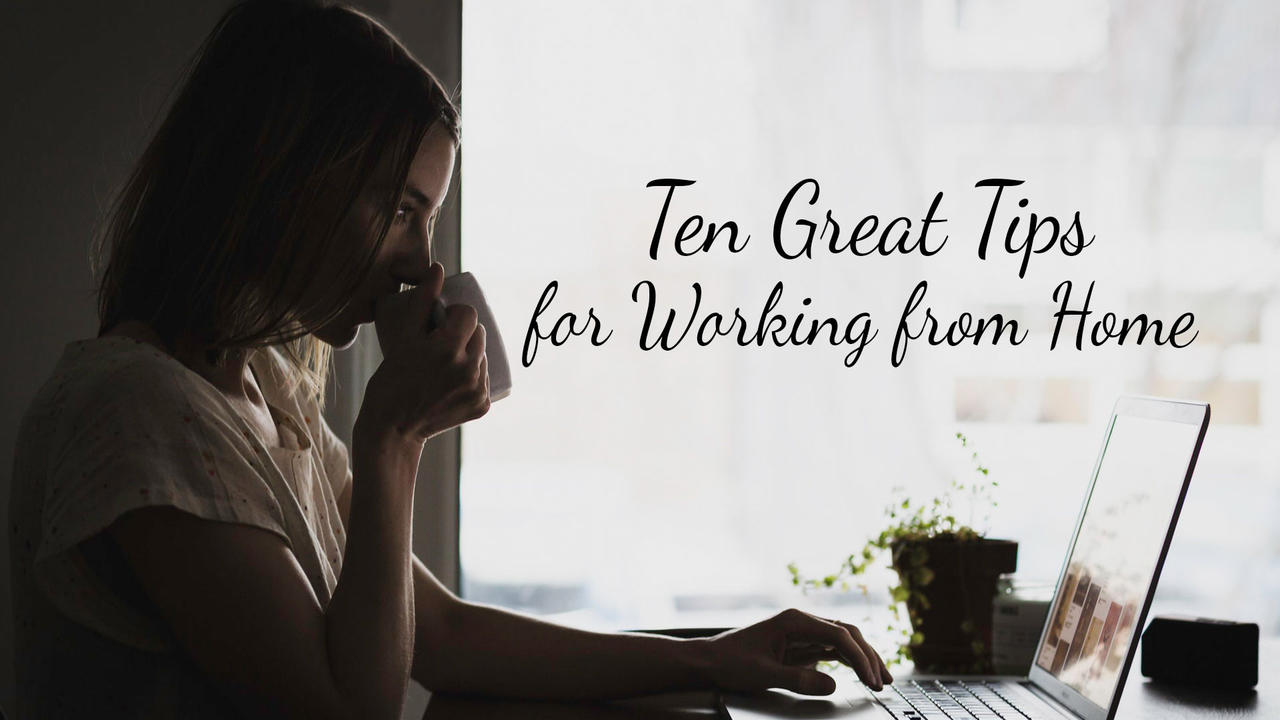 When I made the switch from working a job to starting my own business and working from my home office, I was amazed at how free I felt! Now I ultimately decide when and how much I work. How awesome is that?

I've got a great groove going on most days now, but it didn't happen overnight. Working from home has its challenges, and it's not always sunshine and rainbows. Being in charge of everything in your day is great, but there are a million distractions at home, and how you choose to approach your work directly impacts your ability to financially support yourself and your family. That can be a lot of pressure!

Thankfully, great habits can make all the difference. I have a ton of entrepreneur friends who know a lot about this from their own experience, so I asked them for their favorite ways to stay productive, focused, and balanced when they work from home. These are their tips - in no particular order - along with a few of my other favorites. 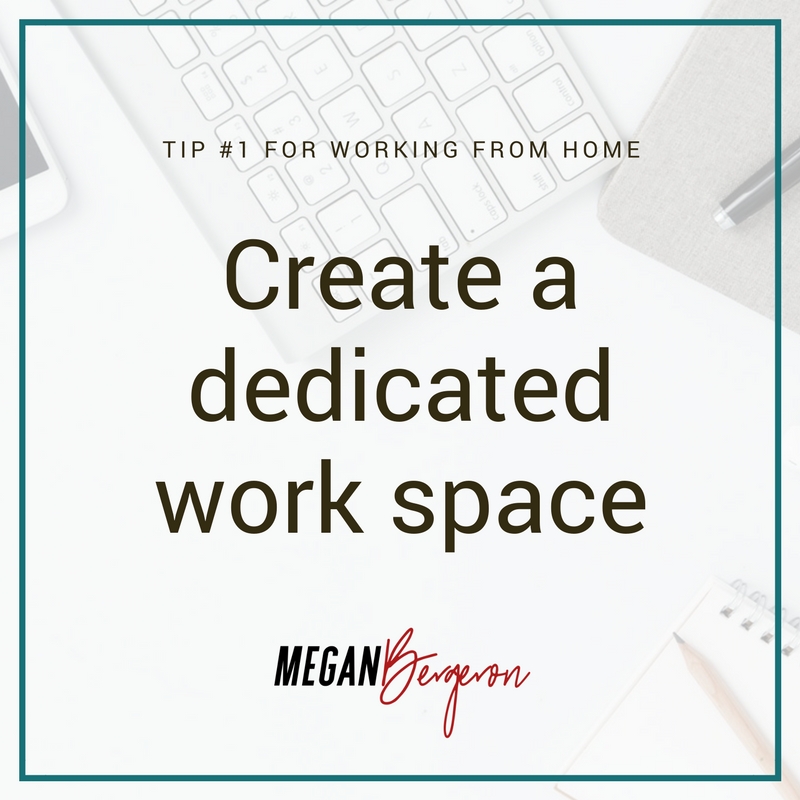 When do you stop working when you're an entrepreneur?

We live in a time where it’s popular to have the attitude that you have to hustle all the time and work harder and harder to have any kind of success. I disagree with that, I don’t think it’s true at all. I think that if we work to the point where our personal lives suffer for it, it’s going to negatively impact our businesses.

This post is for people who are asking themselves those same questions: How hard should I work? When should I stop? How do I know when it’s time to stop working? This is not for those of you who want to work around the...

Take Back Your Time!

Get this FREE video that will show you how to eliminate 7 time-sucking tasks in 30 minutes so you can instantly bring more peace into your day and your life. A must-watch!

Not enough hours in the day?

Watch my FREE training video: "The Reclaim Your Time Challenge", and get rid of 7 time-sucking tasks in 30 minutes so you can bring immediate peace into your schedule and your business!

LET'S DO IT!
Close